In Badgerblood, the main character owns a special bone pendant.  This small piece of jewelry has an important place in the story so a fair amount of work has gone into designing the look of it.

From early sketches to fully fleshed out 3D models, here’s the evolution of the Badgerblood Pendant…

Early in the writing process Shannon made this sketch of what she envisioned the pendant to look like.  She took inspiration from bone amulets from New Zealand and other cultures across the pacific.

After looking over the sketch, I made some refinements to the design and created a more refined color drawing for the book cover. 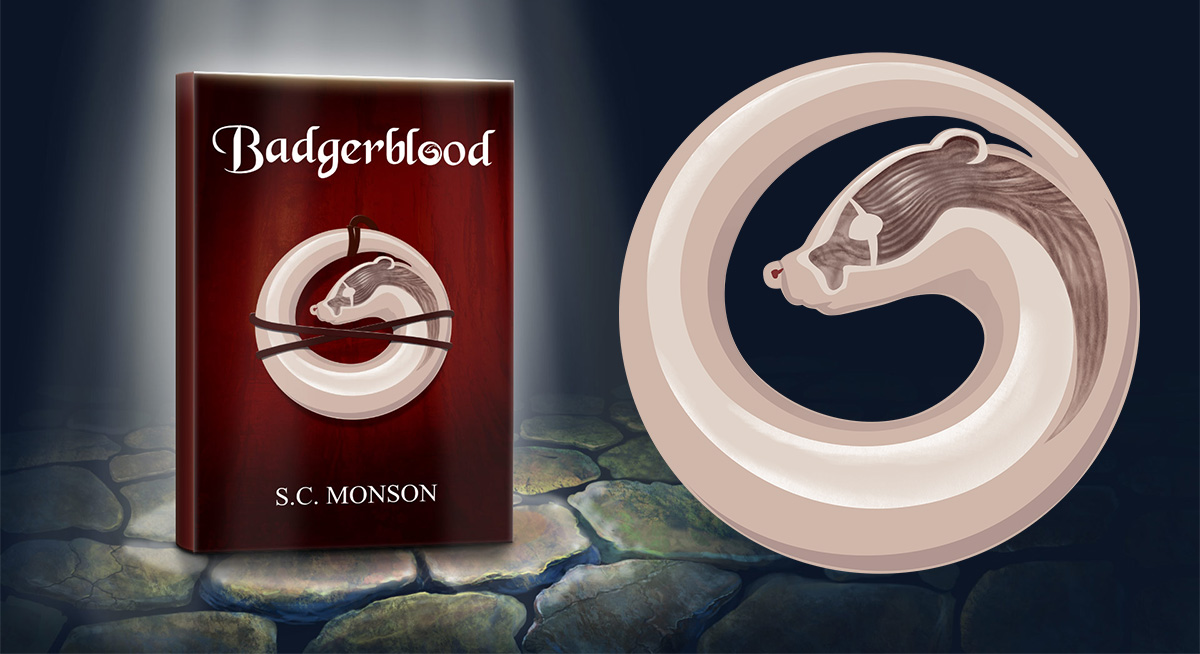 It should also be noted that our sister on the Monson side, Kim Monson, also designed a very nice rubber stamp for Shannon as a Christmas Present. 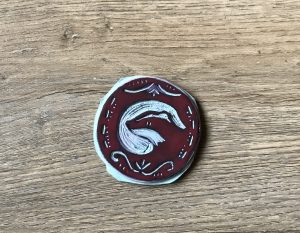 Commissioning a 3D Model – Going Through The Revision Process

This week we decided to commission a 3D model from a character modeler in the UK named Maxim.   We went through two major rounds of revisions, and by the end we were very pleased with the outcome. 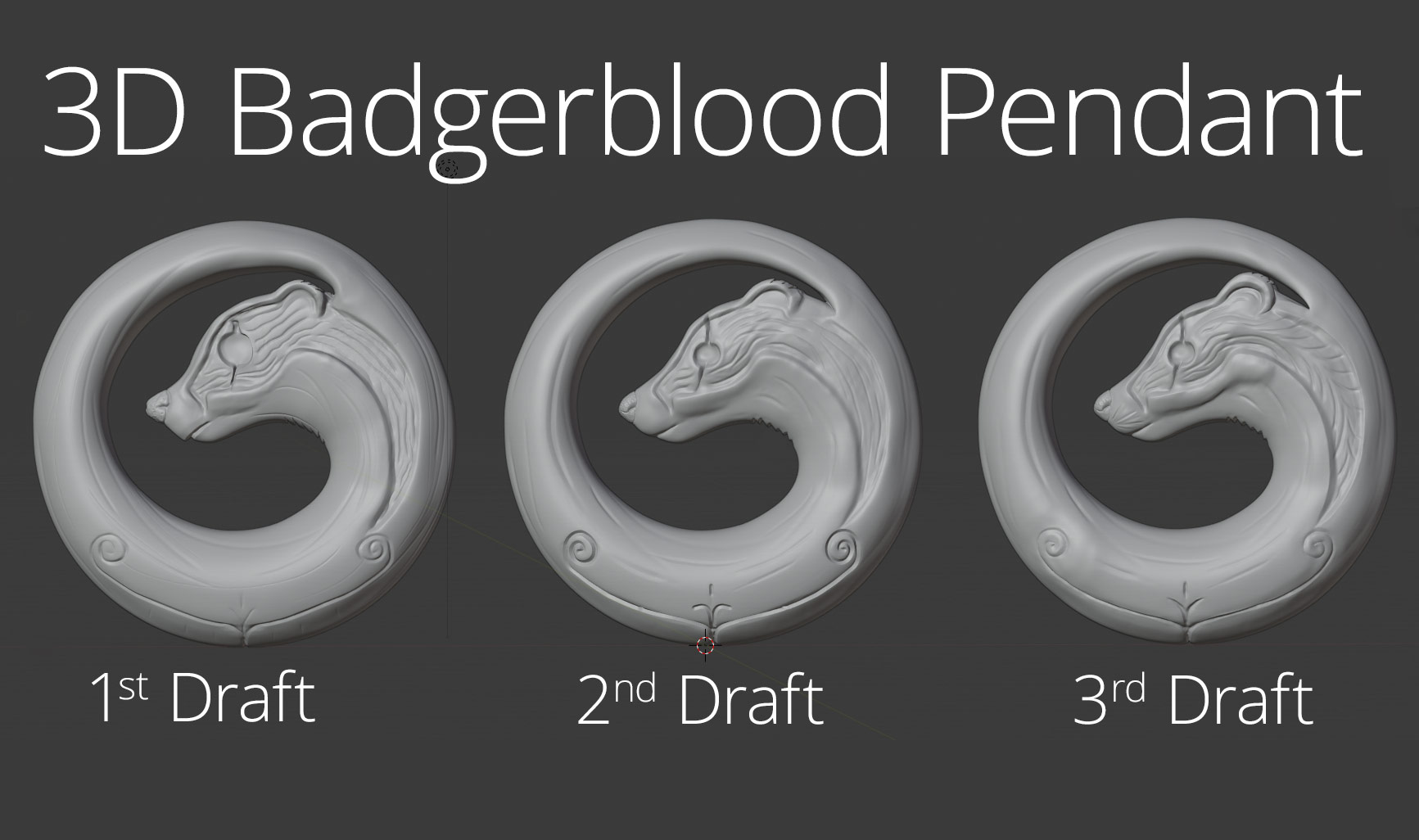 The first draft was understandable rough.  It got the general idea right, but the details needed a fair amount of refinement. 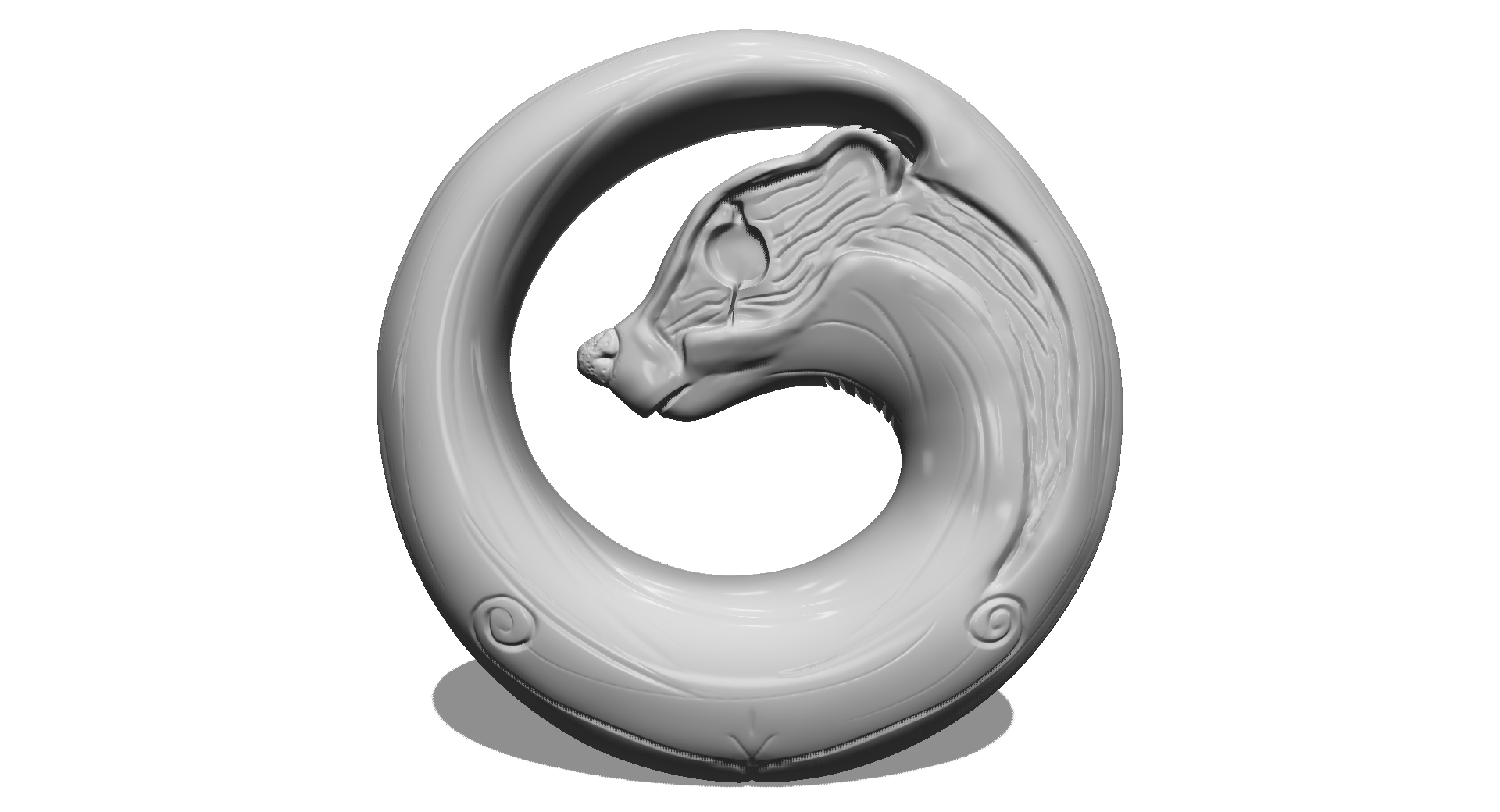 Once I got the model, I opened it up in Blender and inspected it from every angle, and talked it over with Shannon.  Then I took it into Photoshop and marked it up with various notes on revisions we wanted.   I made the following image along with some written instructions to make sure I could clearly explain what changes we wanted.

The revised version was notably improved.  The mouth, nose, and eyes were much more refined, and nose look fantastic!  But there were several parts we still weren’t satisfied with, but luckily we had one more round of revisions included in the package we paid for so…

the carving around the face felt a little softer (sort of weathered), and the ears weren’t quite developed enough.

The spirals at the bottom look good when viewed straight-on, but had an awkward bend when viewed from the side.

The texture if the fur wasn’t quite thick enough either, so we sent this second image with requested revisions.

The next day we received an updated model.  We were very happy with the final product.  The details felt refined and he carried out our lengthy list of revisions admirably.  At that point we left the artist a positive review and a tip. 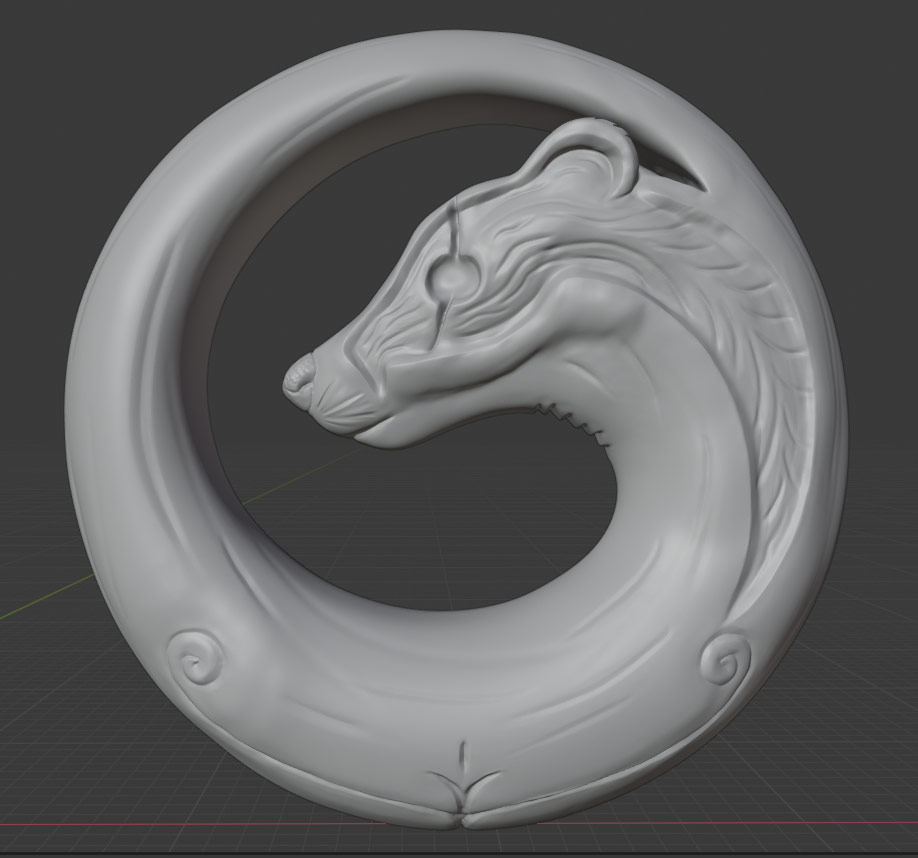 I’m far from an expert when it comes to 3D modeling, but I was able to take this model and place it in an environment  and crest a basic material that looked similar to other bone pendants I’ve seen.  Here’s that result… 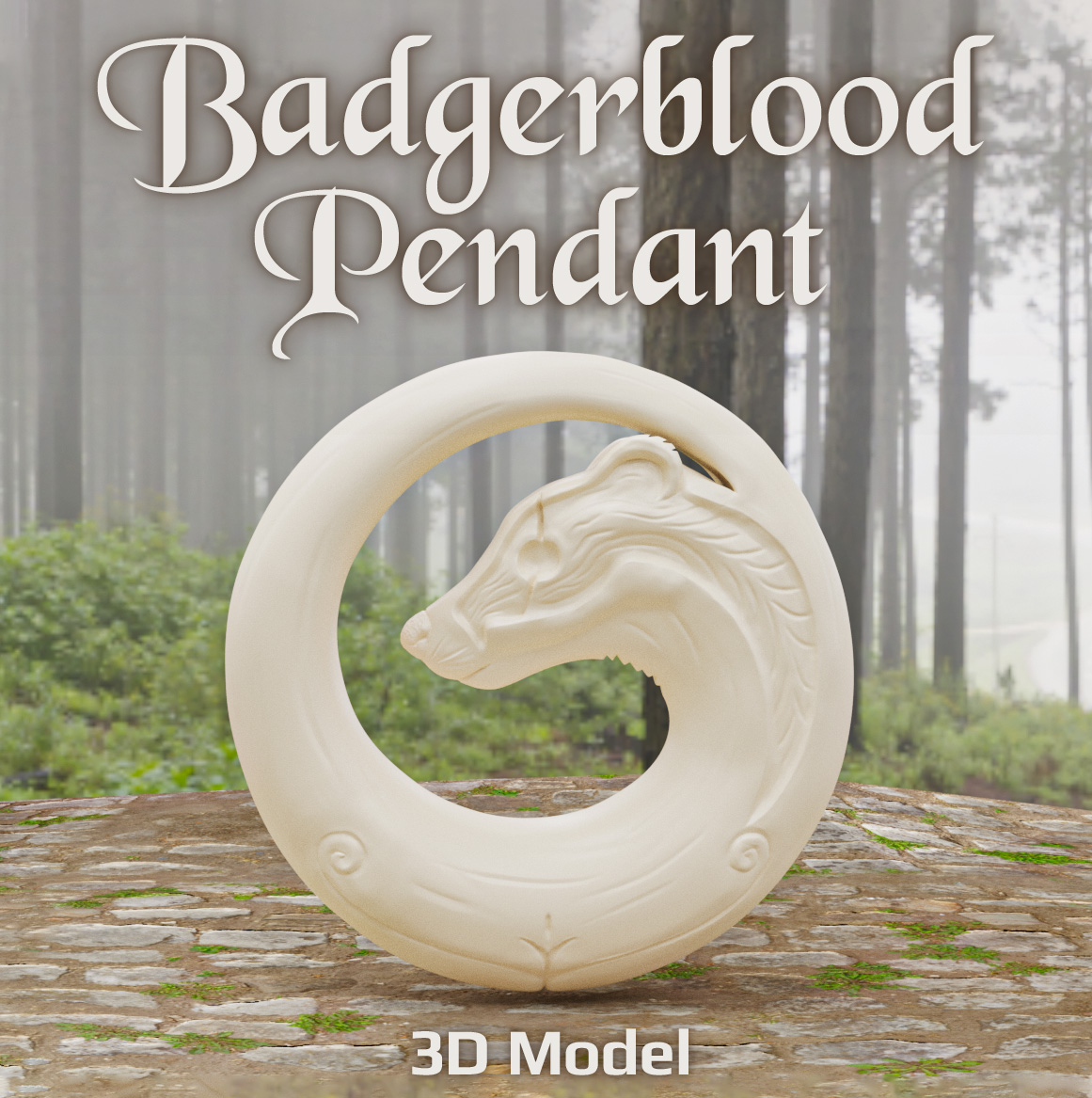 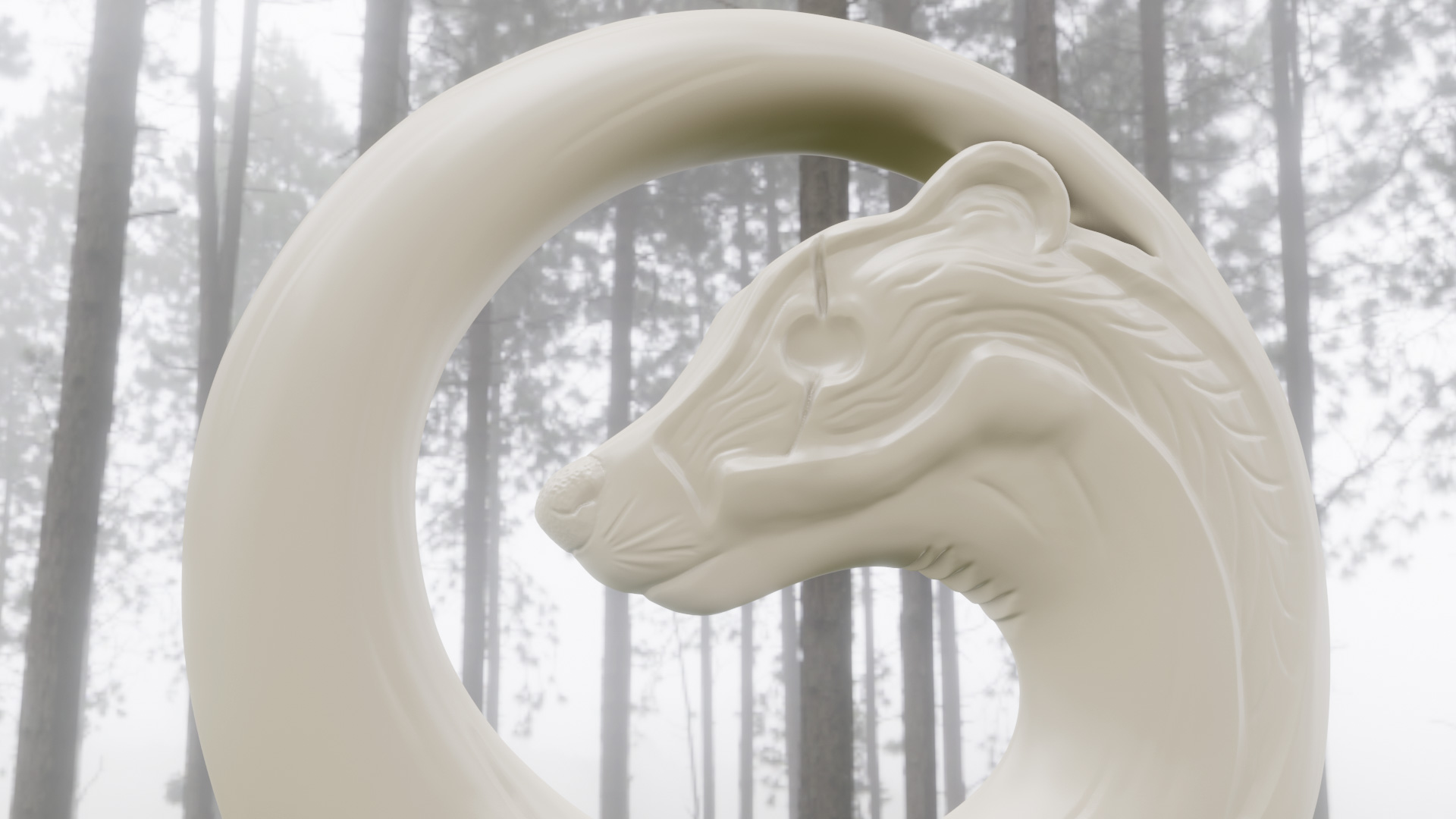 We’re currently talking with some friends of ours about  a 3D resin print, so we’ll have a few physical pendants soon.